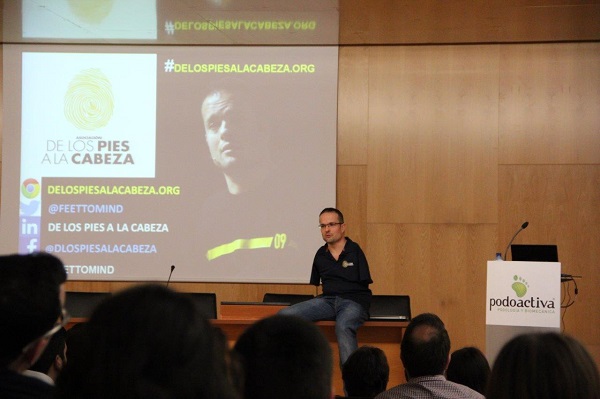 You always walk better with Podoactiva: stepping firmly and leaving a track. A reality more than 20 years old now, having been born in 1994 as a small podiatry consultation in Huesca; then collecting recognitions and making professional alliances on the highest level, both national and internationally, all through the last decade.

It was there where last Friday March 23rd a new edition of our motivational conference ‘De los pies a la cabeza’ took place: on the occasion of an annual internal convention that gathered a hundred professionals come from all over Spain. As anybody could have easily anticipated, there happened the perfect pairing of these two realities, both always ready to go feet first. A matching as precise as is the groundbreaking technology of the 3D insoles (3D Scan Sport Podoactiva®) with which Podoactiva is leading the industry since 2006.

The event as a whole, and our conference in particular, took place at the events hall on the lower floor of the Félix de Azara building, at Walqa’s Technological Park in Huesca.