Only two weeks left to turn another page in the calendar, and barely a few hours for our last appearance in 2017 (in front of the inmates at Centro Penitenciario Navalcarnero, as voted by our member associates), it seems as good a time as any to sum up what this year has been for us and call it a 10 year… and not just because of the encoded addition of its four digits.

Close to hitting two years as an Association, De los Pies a la Cabeza reached the one hundredth conference landmark, quite an achievement if we look back at our first appearance at the Talent Institute in Barcelona, back in February 2013. Focusing on the last 12 months, we have delivered 24 appearances for an audience of over 2.500, in the most diverse arenas and at ten different places. The City of Mexico had the opportunity to witness the expansive will and the openness contained in our philosophy for life, always aiming at resilience and empowerment, made for everybody everywhere. And we could be back there quite soon, after the unforgettable experiences we had at the Casa de Aragón and with PGIM and Discovery Channel employees. 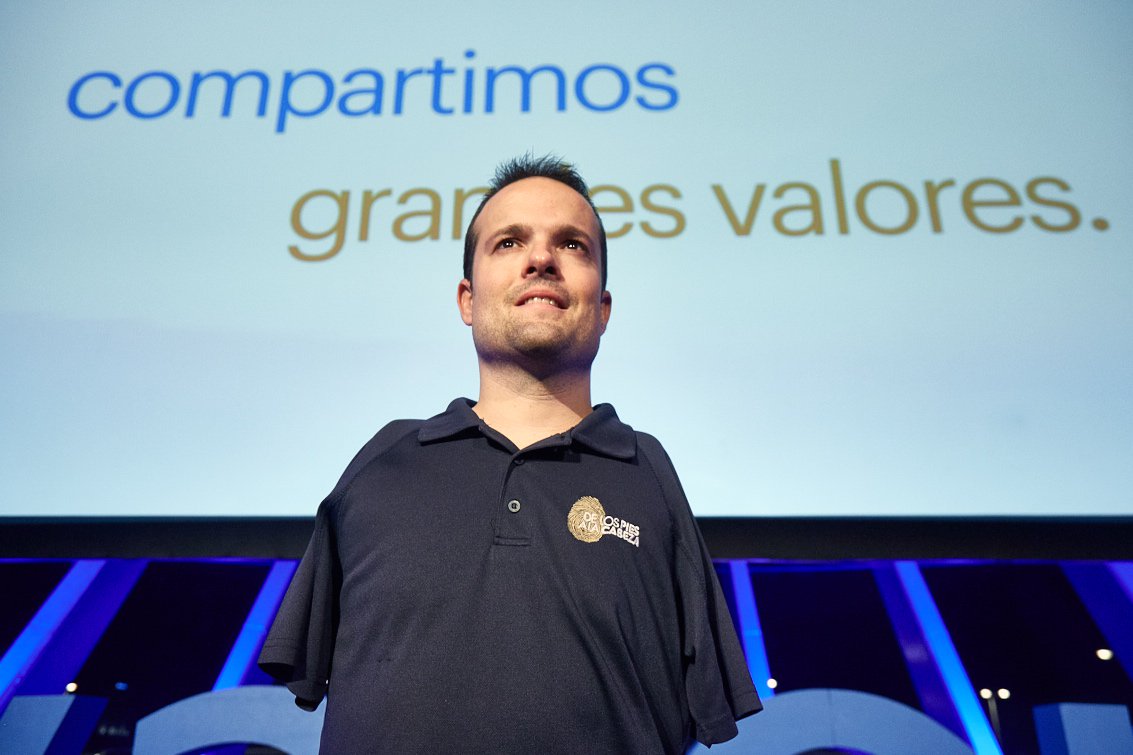 Meanwhile, we really hope we can develop one or two series of conferences in the social environment, a cycle which would consist of almost 50 activities aimed at those more in need. We are currently working on the projects which would make that possible. Our main priority was always to reach far, rather than high. Which makes it even more surprising or unexpected when we are singled out for a recognition or an award. This year has been generous in that area. First came the photography prize conceded by Fundación Grupo Norte in January; followed by the Doctor Honoris Causa from the Claustro Doctoral Iberoamericano, the Honor Mention at the Fundación Randstadt Awards and, last but not least, the Sole Luna Cinema Festival in Treviso.

Such a diverse range underlines the variety of services we offer at De los Pies a la Cabeza. Emerging from a powerful model of conference, it has become much more than that, in quite a short time. We still face some more challenges for the future: engaging more and more associates to fill our days with more lives; give flight to our photographic exhibition ‘Pies de foto’ and the documentary ‘L de Libertad’; shooting an even more ambitious new feature which would serve as a vehicle for social debate; and releasing once and for all our Multiconference Events, boasting a roster of over 20 outstanding speakers… Those will complementary demands to fulfill what really marks our main goal: turning 2018 into an even better year than 2017 has been. From head to toe.