A dummy for my brother 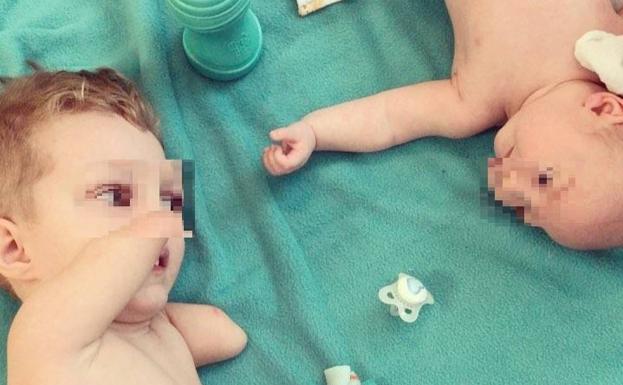 A few days ago, a video of a toddler trying to calm his crying baby brother went viral. The scene was one of fraternal tenderness: a little kid carefully reaching out on the bed to confort his brother by putting a soothing dummy into his mouth. But the reason for the huge impact this video had in social networks was not the scene in itself… but some little detail: the kid had no arms. The video was accompanied by this remark: “He does it because he doesn’t know it’s impossible”.

Many people quickly shared it. Their comments emphasised how admirable the whole scene was, thus turning such a customary, utterly natural gesture into something worthy of general amazement. In doing so, they were not seeing the kid, they were only looking at the disability in him. They missed the true essence of the gesture, a case of brotherly affection, and allowed themselves to be deceived by the visual trick: a person without arms just doing the kind of thing everybody does with them.

It is a very slight difference, but a crucial one. Had the video showed two babies with arms, internet users would have seen in it just a wonderful demonstration of caring tenderness. Then why should it be any different? It shouldn’t. It is our look what makes the difference.

Surprise, curiosity, astonishment… they are completely understandable when you see how people without arms manage to function “in a world designed to have them”, as Javier Hernández Aguirán puts it in his conferences. But we at De los Pies a la Cabeza always call for a change: the time’s come to stop looking at disability and start actually seeing the human beings. This story is a a crystal clear example of that.

The are no superheroes in real life. Just ordinary people confronted with their daily challenges, struggling to go through them equipped with whatever the tools they’ve been given: physical, intelectual or psychological… doesn’t matter.

Despite all this being an evidence, we still refer to disability by using the third person; and we associate it to appearance. This a mistake that must be ammended, for the perfect human being is not to be born. We all suffer some kind of disability, whether it may be visible or not. We all lack something and we all must overcome our own circumstances.

No. That little boy giving the dummy to his baby brother was not doing it “because he didn’t know it was imposible”. Actually, it was quitethe opposite. As Javier underlines when talking to his audiences: “Everything I have done, I have done because it was posible”. It can all be done, sure it can… The kid can comfort his brother with a dummy because he has learnt how to achieve that. His action comes to fulfil a process just as natural as life: like him, we all have to learn how to do what we want to do. Deprived of that tainted look, the gesture appears as just a natural demonstration of affection. A boy giving console to his baby brother. No more and no less.