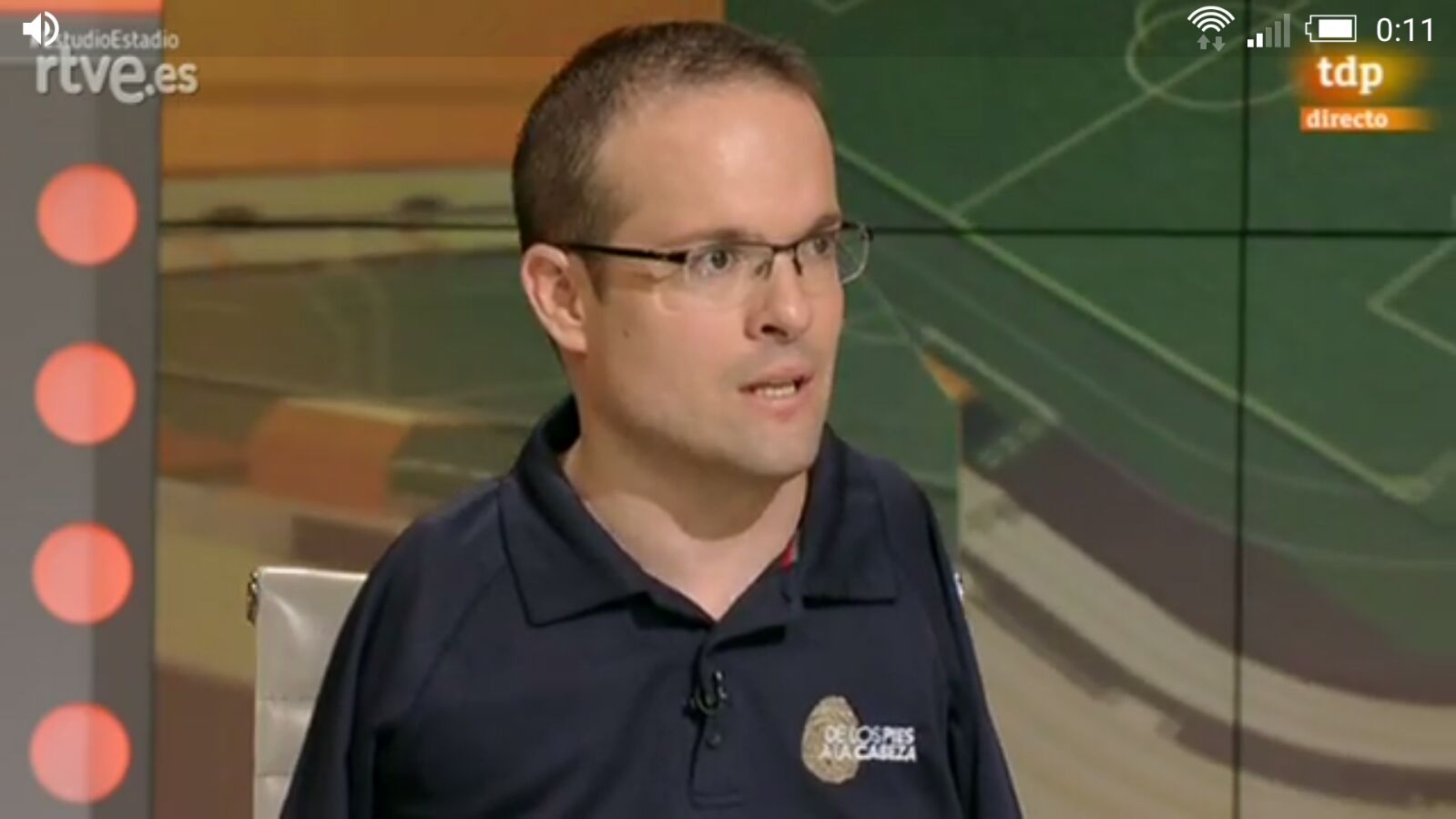 Last Monday Javier Hernández Aguirán made his debut as a panelist for Estudio Estadio, the RTVE flagship football talk-show, currently broadcast on Teledeporte. His appearance in such an environment comes as no surprise for those who know about Javier’s multifaceted profile: sports desk reporter and writer for some years; qualified manager for the Argentinian Federation, as well as director of football in Spain.

But what we really wish to emphasise here is the step forward taken by Teledeporte by adding Javier to its panel of experts: a move perfectly aligned with some of the messages De los Pies a la Cabeza advocates for.

Amongst the vital and profesional experiences Javier picks out from when talking for his audiences, the London 2012 Paralympic Games stand out as a huge inspiration for his subsequent career. Notably, the treatment british media gave to the event, and society’s response to it.

Channel 4 -holder of all the broadcasting rights– devoted its whole schedule to the Games, setting up a professional team comprising 50% of people with some disability: ex paralympic athletes but also TV hosts or even comediants. Some of them arrived through a broad talent recruiting programme.

Such a bid boosted Channel 4 coverage and graced it with a relevance beyond the mere journalistic approach. What Channel 4 was doing was purely living together with disability. And they did it live on a stage of universal scope.

On a different level, this is the same path Estudio Estadio is walking when hiring Javier Hernández for his show: a communications professional sharing a talk show with other colleagues. If their personal circumstances are fully irrelevant when it comes to their analysis and point of view, why should it be any different in Javier’s case, just because he was born with no arms?

Living together with… there goes a concept that usually finds more prophets than worshippers. In his motivational conferences, Javier Hernández refutes some of the behaviours still frozen within our society, working against a true and effective universality: everyone with everyone. No matter how we are or whatever the circumstances we live in… we all have ours, regardless of how visible the may be. “It’s been years now since we came out in the streets for all to see -Javier says-. Now society must take the next step: stop looking at us, in order to start actually seeing us”.

We usually look down at disability -with some kind of despair- or we look up to it: our look filled with an admiration sometimes justified… others not. The time has come for us to look at persons with a disability face to face, exactly in the same manner we look at any other human being. And the mass media must contribute to that change.

They will be doing so when they not only print or air stories in which someone with a disability is treated as a hero of overcoming. They will be doing it when we see people with disabilities presenting, hosting, writing or taking part in those TV shows. As Javier does, every Monday night, for Estudio Estadio.

Then we will be seeing and not just looking. And we will be listening, no doubt.